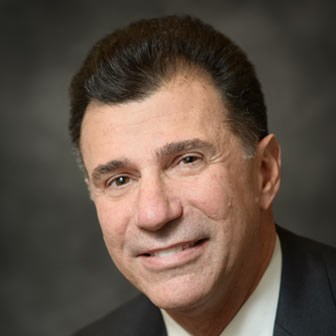 Mark Heinrich is a General Manager at Microsoft, where he leads their supply chain and Logistics effort which is building Microsoft’s Intelligent Cloud. Microsoft’s mission is to “Empower every person and every organization on the planet to achieve more”, and our cloud moves computing power and data to where it can do the most good.

Prior to joining Microsoft, Mark was the CEO of AAMSI, an aerospace manufacturing & repair firm located in Fort Lauderdale, Florida. Additionally, he was a Managing Director with Alvarez & Marsal, a global performance improvement and turnaround firm with annual revenue of over $1 Billion. At ‘A&M’, he led the public sector business unit, supervising 40 consultants with a book of business of over $50 Million annually.

Mark Heinrich retired from the Navy in November 2013 after a naval career that spanned more than 30 years of leadership experience in operations, finance, logistics, and supply chain management. In his final assignment in the Navy, he served as the Commander (CEO equivalent) of the Naval Supply Systems Command (NAVSUP) and the 46th Chief of Supply Corps, where he led the Navy’s global supply chain practice.

In addition to his assignment as Commander of NAVSUP and the 46th Chief of Supply Corps, Heinrich commanded the Defense Logistics Agency’s aviation center of excellence in Richmond, Virginia, and subsequently served as the Chief Operating Officer (J-3) of the Defense Logistics Agency in Fort Belvoir, Virginia. In 2008, Heinrich deployed to the Middle East as the Director of United States Central Command’s Deployment and Distribution Operations Center in Kuwait, where he applied deployment and distribution expertise to plan and execute joint & combined force military operations.

Mark Heinrich’s professional career has culminated with a focus on creating world class supply chain, manufacturing, and operational excellence. He understands the importance of a mission, a vision, and a set of guiding principles that enable people to be successful. His strengths are in strategic sourcing, supplier management, integrated logistics, controlling costs, leading large scale operational projects, managing large operating budgets, and getting the best out of people. He leads the Microsoft engagement with Dell, HPE, Quanta, Wiwynn, Foxconn, ZT, & Lenovo.

A graduate of the U.S. Naval Academy in Annapolis with a bachelor’s degree in engineering, Heinrich also holds a MBA from the University of Kansas, as well as a Master of Science in Petroleum Management from KU. In 2012, he was inducted into the University of Kansas School of Chemical and Petroleum Engineering Hall of Fame. He also attended the Kellogg Graduate School of Management's Advanced Executive program.